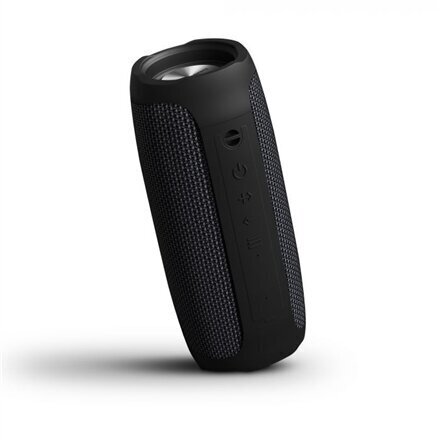 The Commuter 2 Bluetooth speaker is a solid option if you are looking for a good sound quality that is not too loud. It features a mid-range speaker and a 360-degree audio effect. It can be used as a single speaker or as a stereo pair. The sound produced is clear, but the bass is a little muted.

The Commuter 2 is water-resistant, though it’s not recommended for use in a hot tub or pool. The Commuter 2 offers 360-degree surround stereo sound to give you a great listening experience no matter where you are. It also includes a built-in mic that lets you use the device as a speakerphone.

It has an IPX7 water resistance rating

The Kove Commuter 2 is a split Bluetooth speaker with an IPX7 water resistance rating and is the ideal companion for anyone who loves music but is constantly on the go. Its wireless connection is strong enough to maintain a strong connection up to 32 feet away and comes with a built-in battery. It is also very travel friendly with an IPX7 water resistance rating and comes in a compact box with a user manual. One of its downsides is that it does not deliver much punch in the bass range and does not have any EQ features.

The Kove Commuter 2 is made of two separate speakers that twist together. The speakers are wrapped in nylon, which protects them from scratches. This waterproof speaker has an IPX7 water resistance rating, but should not be submerged for long periods of time. The speaker can be used for hands-free phone calls as well, which is another bonus for this portable speaker.

It has a decent build quality

The Kove Commuter 2 is a small Bluetooth speaker that has a split design that lets you use both speakers separately or together as a stereo pair. It is also IPX7 water resistant, which makes it ideal for use on the go. The speaker has decent audio quality, but struggles to deliver punchy bass. The sound customization options are limited.

The Kove Commuter 2 is made up of two separate speakers that twist together to form one. The main body is made of nylon, and the ends are made of plastic. The hook at the back is made of rubber, and the speaker has an IPX7 rating, which means it is resistant to water.

It has a USB cable

The Kove speaker uses two Lithium-ion batteries to provide up to 8 hours of continuous playback. The batteries are rechargeable and can be fully charged in two to three hours. The speaker’s LEDs remain on while charging and will turn off when the battery reaches 100%.